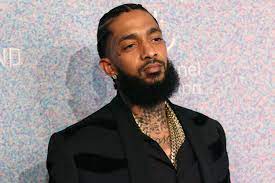 “Loving You Here There Then Now Forever and After,” London captioned the post. “Long Live The King Ermias Asghedom Hussle Man.”

Neighborhood Nip and the actress started dating in 2013 and have a son named Kross Asghedom in 2016. T.I., YG, Lala Anthony, Kehlani, Angie Martinez, and others were among those who expressed their gratitude in London’s comment area.

Nip’s partners and West Coast rhymers, including as YG and The Game, also paid respect to the All Money In leader.

Nipsey Hussle, also known as Ermias Asghedom, was 33 years old when he was shot and died outside his Marathon Clothing Store in Los Angeles on March 31, 2019. Eric Holder, Nip’s accused assailant, has pled not guilty and is in custody, his trial having been postponed.

Fans shouldn’t hold their breath for a posthumous album from Nipsey on behalf of his estate. Blacc Sam, Nip’s brother, says that a postmortem Hussle record would only be issued in conjunction with an official documentary.

Following his death, Nipsey Hussle went on to win two Grammy Awards: Best Rap Performance in 2020 for “Racks in the Middle,” which he co-wrote with Hit-Boy and Roddy Ricch, and Best Rap/Sung Performance for DJ Khaled’s “Higher.”

Nipsey Hussle, may you rest in peace.