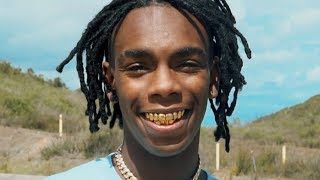 On Tuesday (April 5), YNW Melly felt compelled to make a rare phone call from prison to clarify the air after an associate named JGreen got into a violent argument with his management 100K Track, accusing him of owing Melly’s mother and brother a large sum of money.

Melly termed JGreen’s behavior “out of pocket” and repeatedly branded his mother a liar, claiming she has anxiety difficulties, during the phone call.

Jamie King, Melly’s mother, took to Instagram on Wednesday (April 6) to respond to the charges, saying she loves her son completely regardless of what he believes.

“Think whatever you want about me but I love my son and make sure he keeps money on his books and that he is good,” King wrote. “I’ve never missed a court date in 3 years except when I caught Covid from the hospital 2X because I’m a nurse and I stopped working last month.”

She added, “I love Jamell no matter what but I’m completely [heartbroken] nothing can fix that I been front row watching my son fight for his life and being a single mom so yes I have anxiety and I’m stressed I cry most days and I don’t eat.”

I hate internet stuff it makes me want to give up I never asked for life but I’m blessed to be here. Anyone who knows me know I show love to everyone. I’m going to always be here for Jamell no matter how hurt I am his mom and I love him.”

Melly described her mother as “triggered” and unpredictable throughout the phone contact. He also said that the money issue arose because Melly’s younger brother, YNW BSlime, wanted to be more established than he is now.

He added, “My momma be tripping, complaining and lying. She been lying for a while now, bruh. That’s what’s been going on, you know what I’m saying? N-gga can’t take nothing from 100k.”

Three years after he was arrested and accused of murdering his two pals Christopher “YNW Juvy” Thomas Jr. and Anthony “YNW Sakchaser” Williams, YNW Melly’s long-awaited murder trial finally began on Monday (April 4). However, Complex later claimed that the trial had been postponed even again owing to “unresolved legal issues,” with no new date set. There hasn’t been any news on that story in a long time.

Melly’s answer may be seen below.