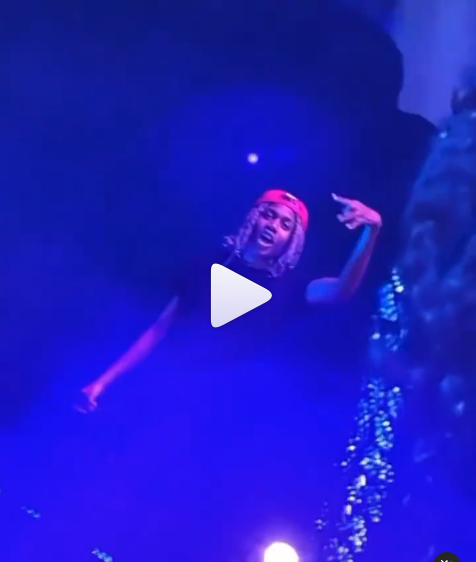 The well-known impersonator of Lil Durk has disclosed an increase in his appearance pay for playing the role of the OTF chief.

The Chicago rapper, better known by his stage name Perkio, put the man in his “Blocklist” music video and brought him out on stage in Miami back in April, completely altering the course of the man’s life.

“My prices going up now down so $10k a show, $5k feature is very fair so continue booking me,” the Durkio clone wrote on his IG story.

When Durk fans flocked to a mall in Broward County expecting to meet and greet the famous Chicago rapper, Perkio’s climb to stardom began. YouTuber King Cid went to great lengths in a 15-minute video of the disaster to persuade the excited admirers they were mingling with Durkio.

They recruited a security crew, rented a Lamborghini, used phony photographers, and even gave Perkio fake tattoos. The Voice himself noticed the situation when the fake Durk posed for several images, reposted the clip, and then contacted Perkio directly.

Soon later, Durk displayed his double during a concert stop in Miami, Florida. The duo can be seen dancing to “Blocklist” in footage of the event before Durk calls out his twin and begs the crowd to raise some noise in support of him.

The twin’s journey hasn’t always been easy sailing, though. In order to taunt the actual Durk, Lil Durk’s longstanding foe 6ix9ine shared a video showing him and his gang surrounding Perkio in June. Following the event, Perkio said it was all a setup by 6ix9ine and his henchmen. He had planned to meet with someone to work on some songs.

Later, Durk defended his twin by mentioning 6ix9ine in his 7220 deluxe cut “Huuuh.”

“Man I’m Durk and you got my ‘lo, why you play with Perk?” Durk raps on the song. “Fuck the feds who walk around with you, them n-ggas gon’ get hurt.”