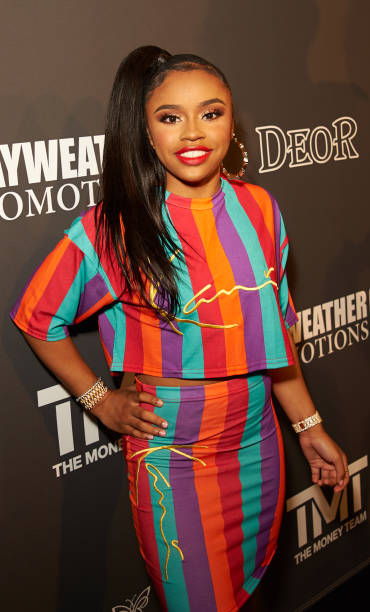 Yaya Mayweather was found guilty of stabbing NBA YoungBoy’s baby mother in 2020 and was given a six-year probationary period as punishment.

On April 4, 2020, there was apparently a fight at YoungBoy’s house, and Mayweather, then 19 years old, stabbed Lapattra Lashai Jacobs when she found the woman inside the rapper’s home.

Later that month, when Jacobs, the mother of one of YoungBoy’s children, allegedly sustained many lacerations on her arm, she entered a plea to aggravated assault with a dangerous weapon.

According to KPRC-TV, Yaya got Deferred Adjudication of Guilt on Thursday (December 15) and was given a six-year probationary period.

YoungBoy is still completely focused on his work and has not yet commented on any of the claims. The native of Baton Rouge joined together with Amazon earlier this month to debut his own radio program.

On the 90-minute discussion show, which debuted last Friday (December 9) on Amazon’s live radio service Amp, the rapper played some of his favorite tracks, spoke with listeners, and jammed with Rich The Kid.

When Rich was questioned by radio host YoungBoy about a picture of him standing with Lil Durk earlier this year, YoungBoy didn’t hold back.

“I want to ask you about the famous picture with the guy who supposedly don’t like the Slime. I want you to tell me about that,” he said, to which RTK attempted to wriggle out of answering.

“Well shit, you know, that was my performance. We spoke on that, I called you after that,” he replied before adding: “But you know, I wanna just be on some stop the violence shit, you feel me?”

NBA YoungBoy has had an active year in music in 2022, releasing eight full-length albums. Even though he fell short by two of his lofty aim of releasing 10 mixtapes in a single year, he has assured fans that there would be even more music to come in 2023.

“My album drop January — I don’t know the date. Just wait,” he said in a video that surfaced online earlier this month. “Your favorite rapper, that boy gon’ be able to talk about whatever the fuck he talking about because you know I’m that thang, bitch, so I’ma leave it at that.”