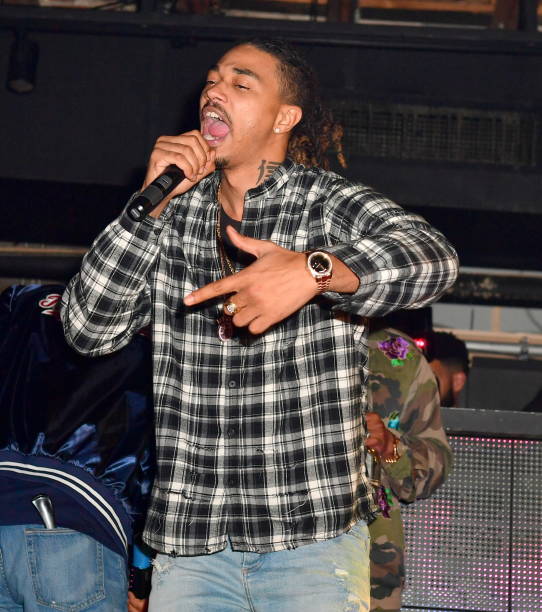 The investigation into the murder of Snootie Wild is progressing since a guy has been detained and accused of being the person who shot and killed the Memphis rapper in February.

On February 25, at about 2:00 a.m. local time, a lady contacted the police to report that her automobile was stuck in a ditch and that Snootie (actual name LePreston Porter) had pulled a pistol on her while other individuals tried to assist her with her vehicle.

The woman, who wished to remain anonymous, claimed that she left the area as bullets were being fired but was unaware that Porter had been shot. She claimed to have heard many cars leave the area.

Police found Snootie battling for his life in a ditch when they got at the scene, according to ABC13, after being shot in the neck. He was given CPR on the spot and sent to a neighboring hospital, where he passed away from his injuries.

Ivory Duke Williams, 22, was charged with murder in the 185th State District Court, according to a statement made by the authorities on Thursday (December 15).

“We are devastated by the untimely passing of our beloved LePreston Porter, known to the world as gold-selling and Billboard charting Hip Hop recording artist Snootie Wild,” the statement read. “He meant the world to us. A son, loving boyfriend, brother to four sisters, a father of seven, and a nephew and cousin to a host of others, he held many roles within our family and was a big kid at heart. LePreston was a beautiful, compassionate and talented soul whose presence was ever felt within our family.”

Snootie Wild was referred to be a “man of the people,” and his family is grateful for the outpouring of support they have received since his passing.

“Though we ask for privacy at this time,” it continued, “we invite you to join us in not only remembering him and his music but also supporting our pursuit for answers and a thorough investigation by the Houston, TX police department that will bring his killers to justice.”

Snootie Wild was referred to be a “man of the people,” and his family is grateful for the outpouring of support they have received since his passing.

“Dammm bro!!!! Pray for the M-Town brother @snootiewild Shot & In Critical,” Paul wrote. “Mannn Snootie My Nikka, We Made Some Bump Together & He Always Kept It Real With Me… Even When He Wasn’t Suppose 2. #PrayforSnootieWild #memphis Legend.”