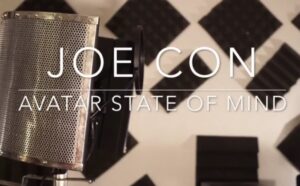 “Inspired by Black Thought’s freestyle on Funk Flex, I just dropped 16 minutes of continuous BARS in a single take-over of a dozen-plus classic Hip Hop instrumentals to let the world know that I am one of the GOATs.” – Joe Con

Con declares his reigning stance in the industry. The LA-based lyrical emcee delivers a flawless arrangement of style and substance set to elevate Hip Hop back to the forefront.

“I released ‘ASOM’ on Friday, September 13th. This was a significant date for many reasons. One being September 13th was a full moon and a harvest moon on Friday the 13th, also my birthday is September 15th which is also the 6-month anniversary of the release of my album titled “Lightwork.” -Joe Con

Brooklyn’s Manolo Rose Back with Heat ” I get Money ” @manolo_rose