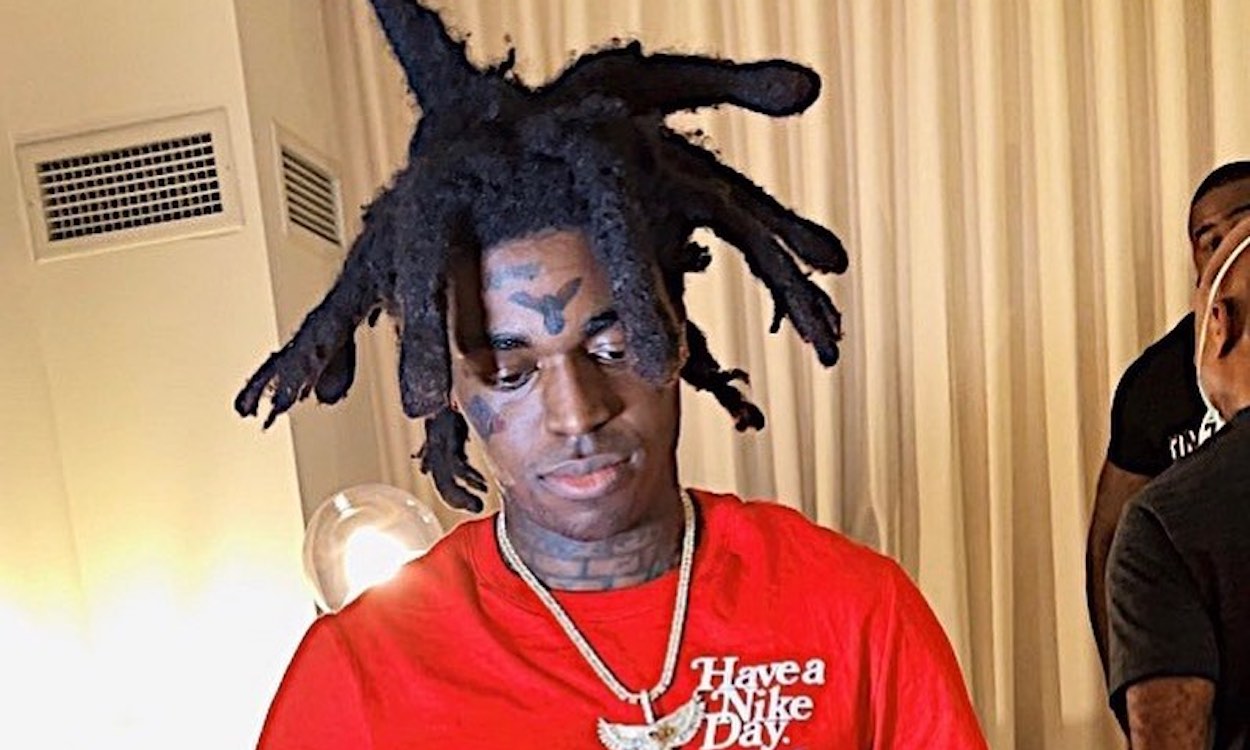 Over the weekend, Kodak Black was out partying at a Miami birthday party, when he brought his mother, Marcelene Octave, out for a spin on the dance floor — but then things went weird.

In a viral video of Kodak and Octave, the Bill Israel rapper grabs her behind and tries to kiss her on the lips while she laughs and backs away. On Sunday (October 10), comments poured in, ranging from contempt to complete befuddlement.

“Nah Kodak violating his own mommas ass cheeks is WILD!!!!” one person wrote. “What in the Z shit is this y’all Florida n-ggas some sick sickos. #Repent.”

Another wrote, “That video of Kodak black grabbing his mom on the ass and tryna kiss her on the lips is disgusting. She even looked uncomfortable when he was tryna do that.”

#KodakBlack showing his mom some love at his brothers birthday party ❤️ pic.twitter.com/sqWccQEtzX

The video becomes viral after Kodak Black’s latest plea for aid. Yak deleted his social media accounts after sending a series of tweets implying he was on the verge of suicide last week.

He told his supporters on Saturday (October 9) that he was doing better and that he was not suicidal.

“I mean maybe that wasn’t the best thing to tweet and very selfish of me to let a thought like that succumb,” he began. “I apologize to me for doubting myself like I ain’t a raw ass gangsta ass n-gga but thugs need love too you know and it’s totally unfair to the people that DO love me, that DO care & wanna see me happy and successful, however that looks like!”

He added, “I understand I made a bold statement, but don’t worry I’m not suicidal and have no plans on harming myself. I been in maximum prisons people committing suicide and die from the hands of their cell mates right next to me, I been beaten by authorities 1,000 miles away from home no point of contact to family, never contemplated taking myself out.

“I got a great support system & surrounded by love, somebody put a false rumor in my head that drove me to the edge that I can’t say but all in all I’m ok! I’m really in need of a vacation but being on probation keep me stuck in this unhealthy environment where my only choice is running round the hood thuggin.”