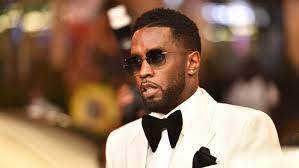 On Sunday (March 27), Diddy attended a Vanity Fair party after the 94th Annual Academy Awards, when Will Smith memorably struck Chris Rock across the face. “That’s not a problem,” the Bad Boy Records founder allegedly told Page Six at one point. That’s everything for now. That is something I can attest to. It’s all based on love. They’re brothers.”

But Diddy is now denying he said that and claims he was misquoted. Speaking to TMZ, he said, “I never confirmed they had reconciled. I said, ‘As brothers, they will work it out, and let’s move on with love.’” A source close to Diddy reportedly added, “He knows people are hurting, and doesn’t want to become the middleman or take the focus off of the conflict moving forward in the right way.”

VIA JAPANESE TELEVISION: The uncensored exchange between Will Smith and Chris Rock pic.twitter.com/j0Z184ZyXa

Shortly after Diddy’s remarks went viral, a source close to the legendary comic debunked the report, stating that the two Hollywood giants haven’t communicated since the incident. Rock was left “shaken and bewildered,” according to TMZ, and quickly headed to his dressing room with “no intention” of remaining. He rushed out of the Dolby Theatre and made his way to Guy Oseary’s Oscars After Party, where he tried to let off fury.

Smith slammed Rock for making a G.I. Jane joke about his wife Jada Pinkett, who has alopecia, an inflammatory illness that causes hair loss. Rock has no knowledge she has the disease, according to the insider, and he “doesn’t have a mean bone in his body.”

After publicly apologizing to Chris Rock, the former Fresh Prince of Bel-Air actor has admitted he was far out of line. Rock, on the other hand, has kept silent on the matter. Smith’s mother, Carolyn Bright, told ABC6 that she was astonished by her son’s conduct and that she had never seen that side of him before.