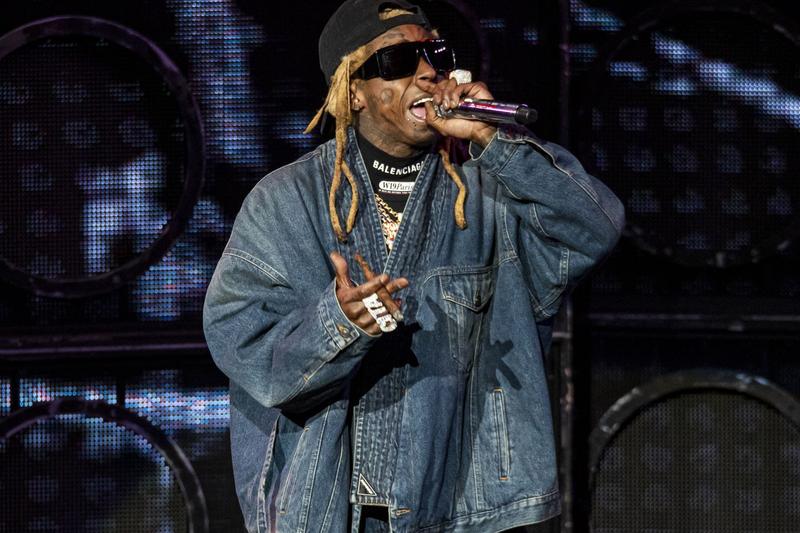 Over the weekend, Lil Wayne was performing when something flew onto the stage. Weezy halted his Jacksonville performance to warn the audience that he would not put up with their rudeness and would leave if it persisted.

On Friday, August 19, the Young Money president performed as the main attraction at Jacksonville’s VyStar Veterans Memorial Arena. But midway into Tha Carter IV’s “Blunt Blowin,” Weezy was interrupted by the probable firing of a flag at his feet.

“If you know who that was that threw that shit, tell him I said fuck him and suck on a muthafuckin dick. You little pussy bitch! Throwing flags at me — n-gga, that shit ain’t even real, fuck wrong with you? Pussy muthafucka, let’s go!”

Wayne was able to breeze through the rest of his set, which featured highlights from his illustrious catalog like “Uproar,” “No Worries,” “Rich As Fuck,” “Bitches Love Me,” “Lollipop,” “Mrs. Officer,” “Every Girl,” “Bedrock,” “Swag Surfin,” “Wasted,” “Steady Mobbin’,” and “A Milli.” Things subsided on the object-throwing front.

The rap icon’s next event will be his Saturday return to New Orleans to hold his Lil Weezyana Fest (August 27). With a roster that includes Moneybagg Yo, Coi Leray, Rob 49, and other special guests, he’s bringing along some buddies to play.

Weezy isn’t planning to quit making music any time soon. Wayne made the official announcement that Tha Carter VI is coming during the Young Money reunion concert earlier this month in Toronto.