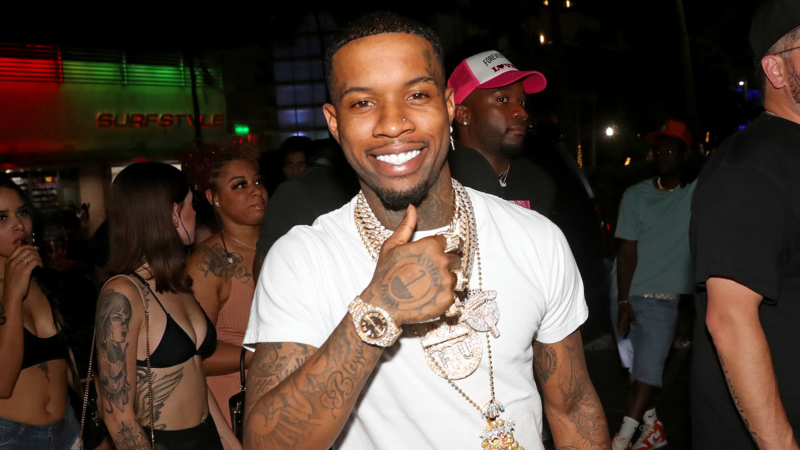 According to reports, Tory Lanez regrets not giving testimony in the trial when he was found guilty of shooting Megan Thee Stallion.

A “well-placed source” told Rolling Stone that the rapper felt “misled” by his trial attorney George Mgdesyan, who prevented him from testifying.

During the 10-day trial in Los Angeles, Lanez reportedly intended to present his case before the jury, but he eventually chose not to. He ultimately faced up to 22 years and eight months in jail as well as deportation to Canada after being convicted guilty on all three counts, including felony assault and weapons charges.

If Tory took the stand, the prosecution was ready to introduce a bevy of impeachment materials, including his purported attack on August Alsina in September 2022 and his appearance in the “CAP” music video as a butcher chopping off a horse limb in a supposed dig at Megan.

Megan Thee Stallion, her former friend and assistant Kelsey Harris, and a neighbor who claims to have seen the shooting, which happened in July 2020 after a party at Kylie Jenner’s home in the Hollywood Hills, all gave testimony during the trial.

Megan cried as she described how she was “terrified” when she saw Tory point a pistol at her and start firing rounds at her. She also described the “torture” she went through after coming forward with the accusations.

“I welcome the addition of Jose Baez to the defense team,” he said, referring to the other recent high-powered addition to Tory’s legal team. “It is our collective view that, based upon a motion for a new trial, and if necessary an appeal, we will ultimately be successful in freeing Tory Lanez.”

He added: “There is another side of the story at trial which has yet to be told and we look forward to doing so.”

Kenner, 81, is also well-known for having previously defended Suge Knight. Suge praised Kenner in a phone interview from the Richard J. Donovan Correctional Facility in San Diego County and expressed his belief that if Kenner had defended him in the 2015 hit-and-run case that resulted in a 28-year jail term, Suge wouldn’t be behind bars.

“If they’d have let me use David Kenner, I wouldn’t be having this conversation from prison with you,” the Death Row Records co-founder claimed, before sympathizing with Megan Thee Stallion. “I understand what Megan goes through because when Tupac and I got shot in Vegas.

“I got a fragment and a bullet an inch to my skull today. They didn’t remove it because they said if it went another inch I’d have been a vegetable or dead. So I know what it’s like when people say, ‘You didn’t get shot, this didn’t happen, she’s lying.’ They accused me of stuff (too).”

In addition, Suge expressed sympathy for Tory Lanez, who has been imprisoned since his conviction on December 23 and whose sentencing is scheduled for February 28.

“Right now, Tory is probably going through [the] worst days of life, because the county jail [is] so horrible and dirty,” he said. “The food is garbage, the cell is freezing, it’s dirty and nasty. You could be sitting in your bed at night, and a rat might run across your chest, or it might bite you, roaches is all over your bed.”