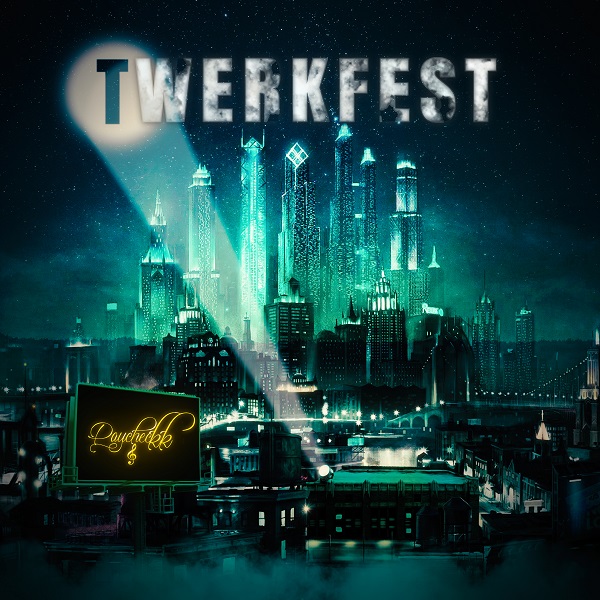 ATLANTA, GA – Get ready to ride a hot new beat with the bouncy single from Atlanta artist Paycheckk. “Twerkfest” is the perfect kind of summer song that sets the stage for a good night out at the clubs. With its rapid-fire beat right out of the gate and its poppin vibe that’s reminiscent of 50 Cent’s “In Da Club,” this is the perfect single to showcase Paycheckk’s impressive flow. It’s a song that really takes the listener on a ride and doesn’t let go.

Produced by Felton Pilate, lead singer of ConFunkShun – the same producer who worked on MC Hammer’s first two albums – “Twerkfest” is the kind of high-quality sound that cannot be ignored by the music industry. Inspired by good times in the strip club, the song has evolved into a vibe that goes beyond clubs into something that’s perfect for any upbeat occasion.

“It has lots of energy,” Paycheckk said. “It makes you feel excited like when you’re at the strip club and you’re sitting there with booty in your face. But I think people are gonna be surprised when they hear it. It’s gonna really turn some heads. I’m a swag machine with natural charisma that can’t be stopped”

Born in Oceanside, California but growing up between Atlanta and Indianapolis, Paycheckk was influenced by all genres of music. He spit his first bars at the age of 9 after hearing Tupac’s “Hit ‘em Up.” He is a high-energy performer and his songwriting talents are unmatched. His music tells the story of his life after doing a 10-year prison sentence. During his time on lockdown, Paycheckk penned his first album. And listening to his versatile style, fans can feel his street and prison experiences in every word and song.

His first album, “Prison Diaries” was an underground hit released in 2019 with seven tracks under the label Sink or Swim Records. It received tens of thousands of streams from people in 57 different countries which left him hungry for more. He went straight back into the studio and recorded more hits, including his most recent single “Get Rich Now” which is the debut single from his upcoming album “Game Recognize Game,” set to drop in October. And now with “Twerkfest” lighting up the airwaves, the sky is the limit for this young up-and-coming artist.

“My music is meant to inspire fans and motivate them to make money in the streets, but to do it the right way – legally,” he said. “I choose to highlight the positive things I’ve learned even during the darkest times. My music spreads positivity to the community by encouraging franchises, generational wealth, and leaving legacies for future generations. Paycheckk is about that paycheck.”

To listen to Paycheckk’s music or to follow him on social media, please visit:

The Real Simba – How I Move (Video & Interview)