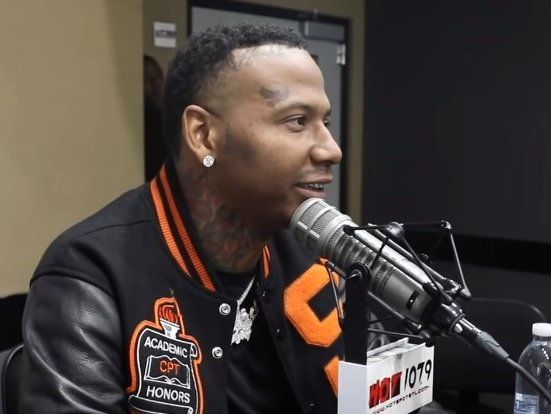 Moneybagg Yo was just smacked with some unexpected news, which he probably didn’t expect to hear on Thursday (April 28). According to internet reports, the Memphis rapper’s ex-girlfriend Kennedy Lynette a.k.a. Chyna Santana has died, leaving behind three children with him.

Santana’s death was announced on social media when a friend of the mother of three posted about her dying. It’s unknown what caused Santana’s death, which came as a shock.

“Im so sickkkk,” someone named Jessica Summers wrote on Facebook. “Im heart hurting so bad dude. I was just otp with you my sister. Why you had to do me like that.!!!!! Kennedy Leynettee why you leave me.”

Moneybagg Yo has yet to remark on the current loss, and considering the gravity of the tragedy, he may not do so. The rapper, however, will not go alone as his girlfriend Ari Fletcher, whom he has been dating since January 2020, will be at his side.

After Moneybagg gifted Ari a customized Lamborghini Urus for her birthday in July 2020, Chyna expressed her displeasure with the duo. She was with him before he got with Ari, according to the Memphis rapper’s ex.

“I gotta let these hoes know,” she said. “Y’all tryna make it about Ari – bitch it’s about the n-gga. I ain’t mad about no bitch. And damn right I feel some type of way about that muthafuckin’ Lambo. Bitch, you only been fucking with this hoe nine months. I was just with this nigga nine months ago.”