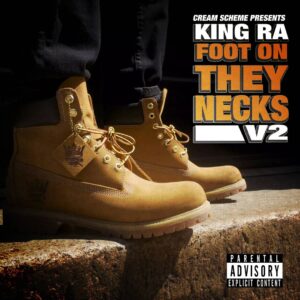 King RA is acclaimed for his cutthroat and thought-provoking lyrics, as well as his distinct voice. East Coast fans celebrate his push to preserve Hip Hop, and in a frenzy are bumping his new single “This Far.”

Over gritty sounds and knocking bass, King RA declares why he doesn’t need a co-sign for his music or reign in the industry, “All five elements are present when I script.” The elite emcee delivers polished, yet effortless wordplay, bar for bar describing his journey from nothing to something. While rappers are selling pipedreams to women and children, King RA supplies gems that can’t be appraised.

“This Far” is the perfect blend of classic sounds fused with a modern twist, and a catchy hook for the old and new school to ride with. Watch the video and connect with King RA below.