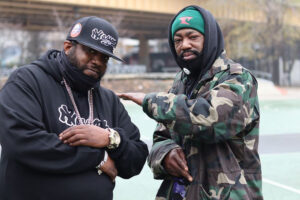 “Oh Lawd” is currently being spun on FM stations nationally and internationally, as well as being featured on major media sites. It’s been noted for going down in Hip Hop books as a timeless gem supported by NY Hip Hop DJs, legends, and pioneers…

Snooze delivers a gritty, NY mob vibe brewing with cut-throat punchlines that dictate his moves through the concrete jungle. There’s no hiding from this Hip Hop boogeyman or his microphone booth entrance.

Slizzow provides an impeccable arrangement of funk and soul blended with hard cadences that escalate Snooze’s lyrical venom. Watch the video above.

Connect with Snooze Daily
@snoozedaily on Instagram or by email at snoozedaily@gmail.com

Righteous “For the Love” Video

(Video) Alex Aff – If Life Is A Game @thehomiealexaff