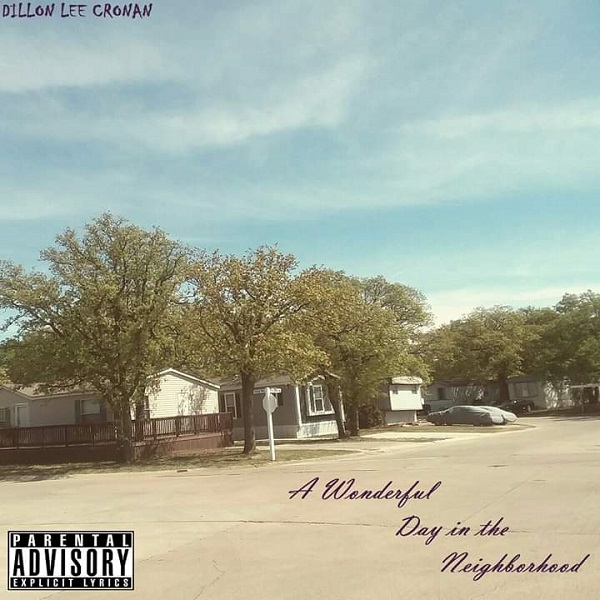 DALLAS, TX – Punk Rap music is about to spring back into the conversation thanks to Deep South artist Dillon Lee Cronan. The young musician from Dallas, Texas has perfected his one-of-a-kind sound and is set to put it on display with the release of his new single “Learn How to Smile.” It’s the first off an upcoming Punk Rap album called “A Wonderful Day in the Neighborhood” which is already available across all streaming platforms. However, the music video for “Learn How to Smile” will drop this summer.

Growing up in Dallas, Cronan said he was heavily influenced by punk rock bands while simultaneously being enthralled by the Hip Hop culture. His experimentation with music through the years became an organic blending of those two genres, so that by the time he was a teenager, he was playing guitar and spitting raps. He’s been performing around Dallas for the past five years while writing songs for his new album, and now he’s ready to show the world what he has to offer.

“I haven’t seen any big recognition of Punk Rap as a genre,” Cronan said. “I love those bands from the 90s like Everclear and Sum 41 and 311, but I also love Nas and Big Daddy Kane and Slick Rick. So as I was looking at the industry today and realizing there weren’t any current bands with that kind of a sound, I realized that if it hadn’t happened already then it needed to. I was definitely the one who could push that type of sound.”

With “Learn How to Smile,” Cronan is bringing a song that is both timely for current affairs of the world, and perfectly suited to reintroduce the world to the sound of Punk Rap. Cronan said the message of the song is about putting a strong face on through struggles – not so much wearing a mask and hiding the inner turmoil, but rather choosing to adopt a positive outlook and rest in the hope of a better future.

“Shit’s bad but you gotta keep a positive outlook,” he said. “So basically, it’s a song about being easy. It’s pretty upbeat, and the sound is kind of aggressive. Instrumentally, it’s like a Punk band – like Green Day or Sum 41 – but then I rap. I picked up the guitar when I was 15 and started getting into Jimmy Hendrix, but Hip Hop has always been my favorite genre because I just love the wordplay. I didn’t get into Punk until my late teens, but I just love how fast and simple and aggressive it is. This song is a blending of all of those things. It’s my favorite type of music to jam to, and so I decided it’s what I wanted to blend together for my own sound.”

Cronan said the full album further explores that sound and will take listeners on a ride that will be undeniable in its energy and invitation to let out that angst that all great 90s music was known to do.

To listen to Dillon Lee Cronan’s music or to follow him on social media, please visit: