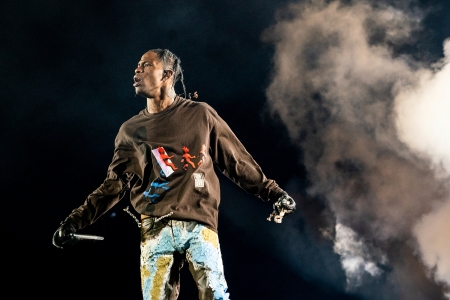 In the aftermath of the Astroworld Festival tragedy, Nike has chosen to postpone the release of its Air Max 1 x Cactus Jack collaboration with Travis Scott.

On Monday (November 15), the firm issued a statement explaining why releasing the shoes now would be insensitive:  “Out of respect for everyone impacted by the tragic events at the Astroworld Festival, we are postponing the launch of the Air Max 1 x Cactus Jack.

The release was expected to be available on Nike’s SNRKS app on December 16, approximately six weeks after the fatal occurrence.

On November 5, eight people were murdered and another 300 were injured as a throng of almost 50,000 people rushed the stage to see Travis Scott perform — and the death toll has only risen since then. Bhari Shahani, a 22-year-old Texas A&M senior, was declared brain dead after suffering injuries during the mob surge, and her family was forced to remove her from life support on November 9.

Meanwhile, 9-year-old Ezra Blount died over the weekend after suffering head injuries after being stomped amid the turmoil, bringing the death toll to ten. He’d been put into a medically induced coma after suffering damage to numerous key organs, but he never awoke.

“We will make sure that they get justice because this should have never happened,” Crump said. “It is also about making sure Live Nation and anybody else who had anything to do with the failure here that caused people to lose their children. Nobody should ever die from going to a concert. In the future, safety must be paramount.”