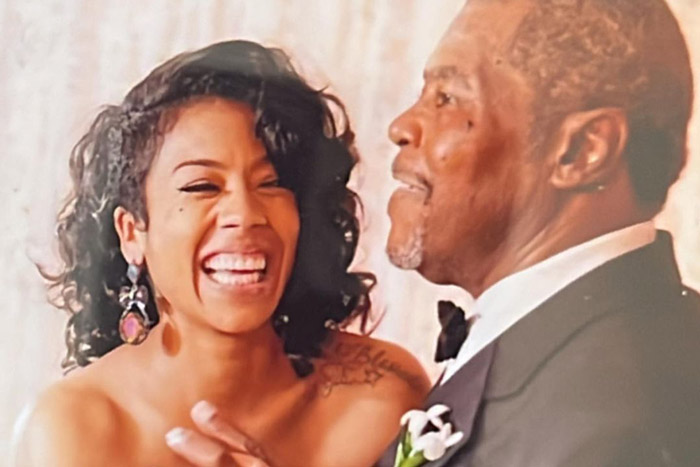 Another tragic tragedy has befallen Keyshia Cole. The renowned R&B singer disclosed her adopted father had died in an Instagram post on Tuesday (November 16), albeit she did not specify the date of his death.

“Unfortunately my father didn’t make it through his complications, due to covid-19,” she wrote in the caption. “So here we are.” And that was just the beginning. Cole went into further detail about the profound effect he had on her.

“He’s the entire reason my last name is COLE,” she said. “The only father I knew, he did such a great job here on earth!!!!! He made sure (Even tho he wasn’t my biological father) to keep a stable foundation and roof over all of our heads during our upbringing!!!! Working for @rideact for over 30 years.

“My childhood was filled with 40L and 52L rides along side my father!!! I loved having a bus pass until I was 18 years old. He was a very wise man.”

Cole’s father passed away just four months after her birth mother, Frankie Lons, died of an accidental drug overdose. At the end of her post, Cole mentioned the tragic timing of her parents’ deaths.

“Taught me and my siblings that knowledge is power!!” she continued. “He was very dedicated to learning and sharing his strong thoughts and opinions on the Bible and religion, and His loving passion for Yahweh Elohim with also Our many long talks of love and how a man needs to treat a woman.

“Maybe the reason a man hasn’t been able to hold on to me too long, (LOL) (JK) (But serious). He was the greatest example of love, 51 years of marriage to my mother Yvonne Cole. Seriously the most loving guy I’ve ever known. And he’s gonna be missed so much! I hate that this has happened !!! And that I’ve now lost two beautiful souls within a few months from each other.”

Frankie Lons died on July 13, her 62nd birthday, in her Oakland home, surrounded by her family and friends. The Alameda County Coroner’s Office formally declared her death as a result of multiple drug intoxication in October.
Lons and Keyshia are a couple. Cole’s biological father, Virgil Hunter, adopted her when she was a child. She was raised by close family friends and, after achieving fame as an artist, was reunited with her birth parents.