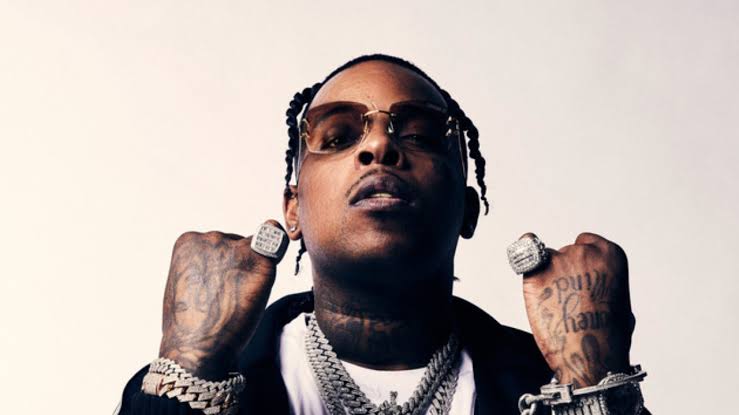 The team from Finesse2Tymes has been charged with breaking into and robbing a marijuana shop in Knoxville, Tennessee.
According to WREG, bullets were fired during the Memphis-born rapper’s performance at My Canna Buds on Sunday night (January 1) when a brawl broke out.

Three victims with gunshot wounds were found when police arrived at the scene of the incident early on Monday (January 2); they were transported with non-life-threatening wounds to the University of Tennessee Medical Center.

Video of the incident posted on YouTube demonstrates When a brawl breaks out in the audience to his left when Finesse2Tymes was performing, he jumps off the stage and interrupts the show.

Before two bullets are fired, several individuals, some of whom were standing close to the rapper, can be seen arguing, which heightens the fright in the store.

According to a Knoxville Police Department official, various people are thought to have fired bullets, and numerous weapons were found at the site. They also mentioned that a large number of witnesses and potential suspects had been held in pending investigations.

Alonzo “Big Zo” Butler, a local boxer who claims to have assisted in ticket sales for the event, said that Finesse2Tymes’ group was responsible for the shooting and the store robbery. He made it clear that the rapper himself was not engaged, though.

“1st of all y’all it wasn’t Knoxville it was 2tymes people who shot then they rob cannabuds,” he wrote on Facebook. “I save 3 to 4 people Bullet went past my left ear I just knew I had to get down thank God I’m still here thankful it was a no fatalities but they didn’t steal.”

Butler also shared surveillance footage from inside the shop, which showed many ladies leaving with a black garbage bag while seeming to empty a cash box.

On Snapchat, Finesse2Tymes, who is affiliated with Atlantic Records, Moneybagg Yo’s Bread Gang, and J. Prince Jr.’s Mob Ties, is said to have refuted the claims and accused the concert organizers of snubbing him.

“Hope everybody made it out safe we don’t come looking for problems but we handles dem somebody check on Joseph…. he got duh shyt beat out of himself literally,” he wrote, according to a screenshot.

In another post, he wrote: “Yall goofy MTFs betta quit lying on my name, aint nobody robbed no damn body…MTF I got paid my front end before I hit duh stage… Everybody chasing MTF clout damn duh year just started.

“Talking about my security robbed dem… Naw this on my kids them folk tried to set me up so they wouldn’t have 2 pay a n-gga duh backend which I showed them love and told duh MTFs they could make it off duh door and pay me my bac ends afta duh show…I was sitting down when duh bo came up and did dat hoe shyt ion know why MTFs playing wit me I’m on my federally probation.”

After spending more than three and a half years in jail on a weapons conviction, Finesse2Tymes was released from prison just six months before to the incident.

The 30-year-old was charged in connection with a shooting that happened in Arkansas in June 2017; following a verbal confrontation outside a nightclub, he is accused of firing a “AK-style pistol” at a person in a car.

Additionally, it was released only a few weeks ago, 90 Days, his big label debut, which featured collaborations with Moneybagg Yo, Lil Baby, Gucci Mane, and Tay Keith.