Texas Rap Star AJ Chaka Is ‘Trill As It Gets’ (LP)

Texas Rap Star AJ Chaka Is ‘Trill As It Gets’ (LP) 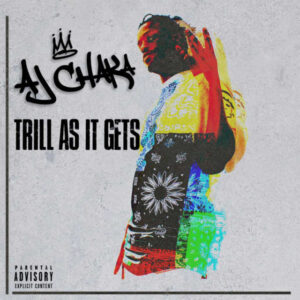 AJ Chaka, a Hip Hop artist/songwriter hailing from Texas delivers what’s said to be an epic dose of earmilk. ‘Trill As It Gets’ was named album of the week by Billboard HipHop and features John Jigg$, Nicole Mariee, and Jacquin. The 9-track project is out now on all streaming platforms. Over a captivating blend of old school and new school vibes, Chaka delivers fresh rhymes and influential wordplay that paint a vivid canvas of his come-up. His empowering display of resilience cascades throughout the album along with his raw emotions. According to Chaka, this is not an album it’s something from nothing.