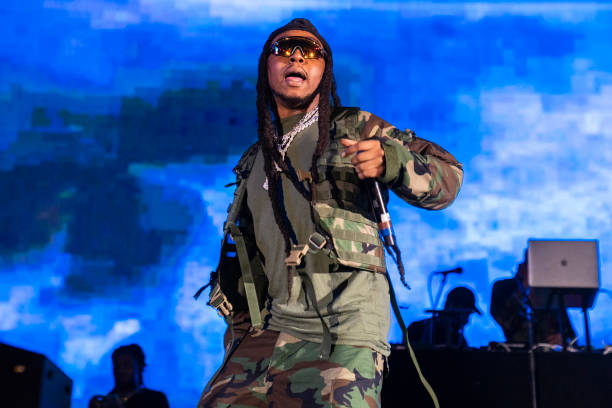 Houston police have accused a man with killing Migos musician TakeOff, which is a new step in the murder investigation involving the rapper.

Patrick Xavier Clark, allegedly known as DJ Pat in H-Town, was caught on the city’s Eastside, and the Houston Police Department confirmed on Friday (December 2) that he has been charged with the murder of TakeOff (real name Kirshnik Khari Ball).

“We made a promise that we would get the individual that’s responsible for the murder of TakeOff in custody,” Houston Police Chief Troy Finner said in a press conference. “Yesterday evening, we arrested Patrick Xavier Brown, 33 years old, and he was charged with the murder of TakeOff.”

Lil Cam (real name Cameron Joshua) was apprehended in Houston, Texas on November 22 and charged with felony unlawful carry of a weapon, marking the first arrest in the TakeOff shooting.

The district attorney’s office did not go so far as to accuse Lil Cam of shooting TakeOff, despite the fact that the prosecution claimed surveillance video showed him brandishing a weapon at the scene of the crime.

On November 1, TakeOff was shot many times after going to a party at 810 Billiards and Bowling Alley. According to the police, an altercation over a “lucrative dice game” started the shooting.