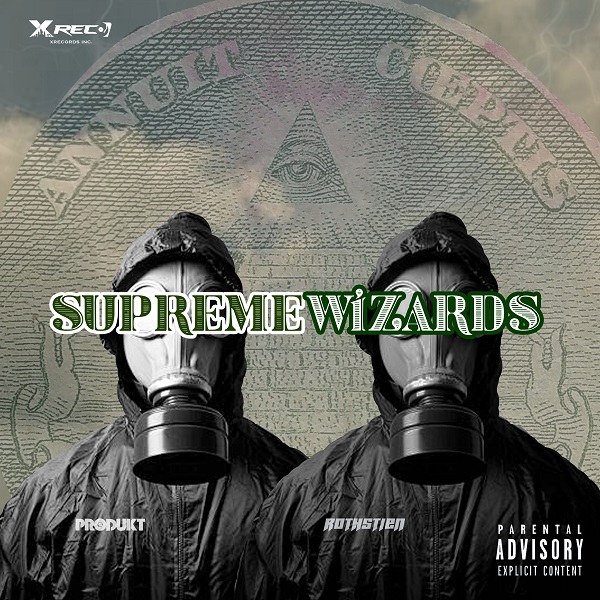 BRONX, NY – Produkt, the hard-hitting rapper from The Bronx whose one-fan-at-a-time grassroots philosophy has netted him hundreds of thousands of followers worldwide, has dropped yet another hit with his latest “Supreme Wizards.”

Detailing the downside of the fast life, Produkt uses this darker, ambient song to examine the negative aspects of a lifestyle that more often than not costs people their lives or their livelihood.

“Everybody is quick to glorify and champion all the dark and dumb shit they have to do to make money on the streets,” Produkt said. “But that will cost you in the end. It’s not the road to success and it shouldn’t be your definition of success. A lot of my music is dark and very serious, but that’s because there are a lot of people in pain in our world especially now. The amount of loss we’re going through right now is unprecedented. I want to be that voice and inspiration for people – to inspire the unspoken. So even though this is a darker song, at the end of the day, I hope my music helps people pick themselves up and dust themselves off and be motivated to keep going for whatever it is they love. They don’t have to get caught on the hamster wheel and get swallowed by life and give up on their ambitions and dreams. Kick that shit in the ass and fight for what you want. Believe in yourself.”

“Supreme Wizards” is the debut single from Produkt’s latest album, “Hit and Run” which is set to be available across all streaming platforms by summer 2020. It’s a project that features half a dozen artists with Frank Benz and Rothstien in particular, highlighted the most. Those two are business partners with Produkt for their independent label X Records. Rothstien is also featured on the first verse of “Supreme Wizards.”

Produkt is making a splash along the East Coast with his new music and he isn’t new to the industry. He’s been making music for more than a decade and is the first rapper to ever be nominated for more than three single-year underground music awards at the UMAs. His name started to become well known across the U.S. in 2014 when he released two hit singles, “Hold It Down” and “Freak Affair.” His success has helped to garner him millions of views on YouTube for his music videos. His newfound success has given him a renewed outlook on the industry, and a recent shift toward inspiring others has helped his music be embraced by an ever-widening fanbase globally.

“It’s not a stretch to say that positivity is contagious,” he said. “And I pair that with a strong, straight, nostalgic Hip Hop presence in a way that captures something melodic – something on the softer side with a more ambient, melodic vibe. There’s nothing that will stop me from being a force in this game.”

To listen to Produkt’s music or to follow him on social media, please visit: