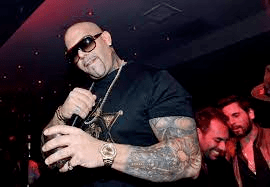 Mally Mall, a hip-hop producer and rapper whose actual name is Jamal Rashid, was sentenced to two years and nine months in jail in Las Vegas on Thursday. That’s a 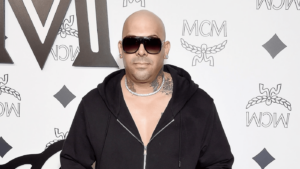 total of 33 months, which was the maximum sentence he could obtain as part of a plea bargain.

He already stated that his escort services in Clark County between 2002 and 2014 were basically prostitution fronts. Rashid consented to a plea agreement in federal court that included a sentence of one to 33 months in jail.

Rashid was a monster in the past, according to Federal Judge Gloria Navarro, and his victims were imprisoned. She admits she wasn’t sure she’d accept the bargain because of his crimes, which she describes as “horrific,” but she adds that he now looks to be a law-abiding person. Rashid paid for prostitutes’ flights and advertised sex for sale on websites such as Backpage.

Rashid’s lawyer told the court that he was admitted to the hospital in July with COVID-19 and had lung difficulties. Due to his health, his sentence hearing was postponed multiple times.

Rashid’s ascent to stardom began with a shout-out on Drake’s “The Motto,” according to the website allmusic.com. He then put together a team that produced Drake, Chris Brown, Usher, Snoop Dogg, and Lupe Fiasco, among others.

Rashid is connected to a number of celebrities, including Justin Bieber. According to a fan site, he gifted Bieber a pet monkey. Bieber called the capuchin monkey Mally, and it made headlines again after customs officials in Germany took it away from him.

Rashid plays Nikki Mudarris’ longterm lover in six episodes of season one of “Love & Hip Hop: Hollywood.” Mudarris released a sex tape of himself in 2015.

The FBI searched his Las Vegas property after receiving claims of exotic animal and human trafficking.

The US Attorney’s Office advocated for the entire 33-month term in a sentencing memorandum.

The I-Team asked him whether he had anything to say to the victims after the sentencing. His lawyer, David Chesnoff, responded:

“We have no comment. We did all our talking in court. Mr. Rashid expressed his remorsefulness, accepted responsibility, and he’s ready to do what the judge said and go back to make people happy with his music.”

Rashid has been given till August to surrender. He will serve at least three years of probation in addition to his jail sentence.

Angela Williams, a victim of Rashid, informed the I-Team in 2019 that she was one of his victims. She now claims to be delighted with Thursday’s result.

During the interview two years ago, Williams added, “I have faith that his expiration date is coming up,”

Prosecutors claim that his illicit activity netted him millions of dollars, but the judge noted that he is living above his means and is financially insolvent.

For the past few years, the I-Team has been following this tale. George Knapp was the first to report on the connection between this and an investigation into alleged corruption in Metro’s Vice Unit. There were no charges brought against the police, and Sheriff Joe Lombardo claims the unit has been cleaned up.