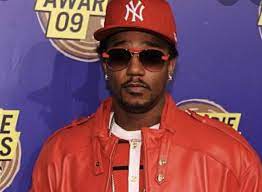 Cam’ron began a tumultuous connection with one of his Miami neighbors in March, which provided fans with both amusing and terrifying moments. Cam’ron returns with fresh exciting footage just when everyone thought the dramatic affair was done.

The Harlem rap artist posted a video on Instagram on Monday (June 7) showing his roommate attempting to force his way into his rental unit. According to Cam’ron, a buddy came to see him when they noticed the unknown neighbor loitering around his door.
He captioned the photo, “It’s too early for this shit.” “This my fault. I’ve been calling this scenario ‘The Neighbor,’ and this knucklehead now believes we’re in a comedy. I’ve been gone for a month so I thought shit was cool. My bro @nowwutdotcom came to check me and didn’t know what 19C looked liked he thought she was just someone who lived on my floor.”

Cam went on, “When I opened the door she tried to breach da crib. I Grabbed my phone to record, I have a plethora of evidence. To all my family and friends, if you come see me make sure no one NO ONE is lurking in da elevator or hallway. I did all I can not to go to police, but now it’s getting physical.” https://www.instagram.com/p/CP0j1JBBAHW/?utm_source=ig_embed&ig_rid=644efee3-07d4-4bcf-b559-50fab83808d7

If the current scenario isn’t contrived as most people believe, Cam’ron may need to call the cops before things gets much worse. Cam’ron was about to call the cops when his pink Audi was damaged with sticky notes by the neighbor last month. 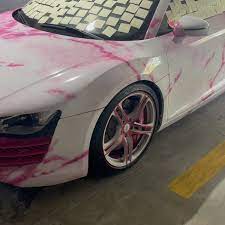 “So if you seen yesterday I had The neighbors sister with me and I gave her that Blue mixed wit @pinkhorsepower She might be pregnant,” In the description of one of his videos, Cam stated. “This is why.. I landed and see this on my car..talking bout ‘maybe now You’ll get my messages’ yea ight.. don’t play with my property.”

Cam persisted in dragging his neighbor. “You going to jail!!! And you about to be an aunt. I was gonna drive to the precinct like this but then i thought how dumb I look..and I couldn’t see.. anyway.. season 2 coming with her sister.”