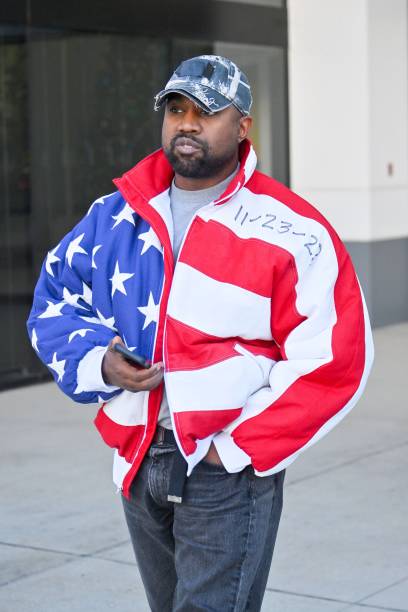 Kanye West has urged Jews to “let it go” and demand that they forgive Adolf Hitler, who is accountable for the mass death of nearly six million Jews during the Holocaust.

Ye, who has come under fire for his antisemitic comments for weeks, reiterated his admiration for the racist German mass murderer in a recent interview with Proud Boys founder Gavin McInnes in Los Angeles.

“So, you love Jews, but you’re canceled for antisemitism because you also love Hitler, but you love everyone equally,” McInnes said.

“Yeah, Jewish people can’t tell me who I can love and who I can’t love,” Ye replied. “You can’t force your pain on everyone else. Jewish people, forgive Hitler today. Let it go, let it go, and stop trying to force it on other people. Goodnight.”

In other parts of the conversation, Kanye sought to minimize the Holocaust by blaming Jews for Hitler’s “bad reputation” and claimed that abortion is “the Holocaust that were dealing with right now.”

The remarks follow Ye’s support for Hitler and the Nazis in an interview with far-right conspiracy theorist Alex Jones, who was last month fined hundreds of millions of dollars for spreading inaccurate information about the Sandy Hook school tragedy.

White nationalist Nick Fuentes, who has been hired to assist on the rapper’s presidential campaign, spoke on Jones’ InfoWars program with West.

Jones questioned Kanye about his recent string of antisemitic comments and how those claims unfairly characterized him as a Nazi. “You’re not Hitler, you’re not a Nazi, you don’t deserve to be called that and demonized,” Jones said.

He continued: “I’m done with the classification. Every human being has something of value that they brought to the table, especially Hitler.”

As recently as 2018, you may have lauded the Nazi leader. On his Higher Learning podcast in October, media personality Van Lathan stated that during Ye’s controversial 2018 TMZ visit, during which he claimed that slavery was a “choice,” he also expressed his support for Adolf Hitler and the Nazis.

“I’ve already heard him say that stuff before,” Van Lathan said. “I mean, I was taken aback because that type of antisemitic talk is disgusting. But as far as him, I knew that that was in him because when he came to TMZ, he said that stuff and they took it out of the interview.

“The reason they took it out is because it wouldn’t have made sense unless they kept in Kanye saying he loved Hitler and the Nazis, which he said when he was at TMZ. He said something like, ‘I love Hitler, I love Nazis.’ Something to that effect.”

Most recently, Elon Musk and Kanye West got into a verbal altercation after the tech billionaire declared he wanted to “punch” the rapper for making a swastika tweet that led to the rapper’s suspension from Twitter earlier this month.

“Posting swastikas in what obviously is not a good way is an incitement to violence,” Musk said during a Twitter Spaces Q&A roundtable this past weekend. “I personally wanted to punch Kanye, so that was definitely inciting me to violence.”