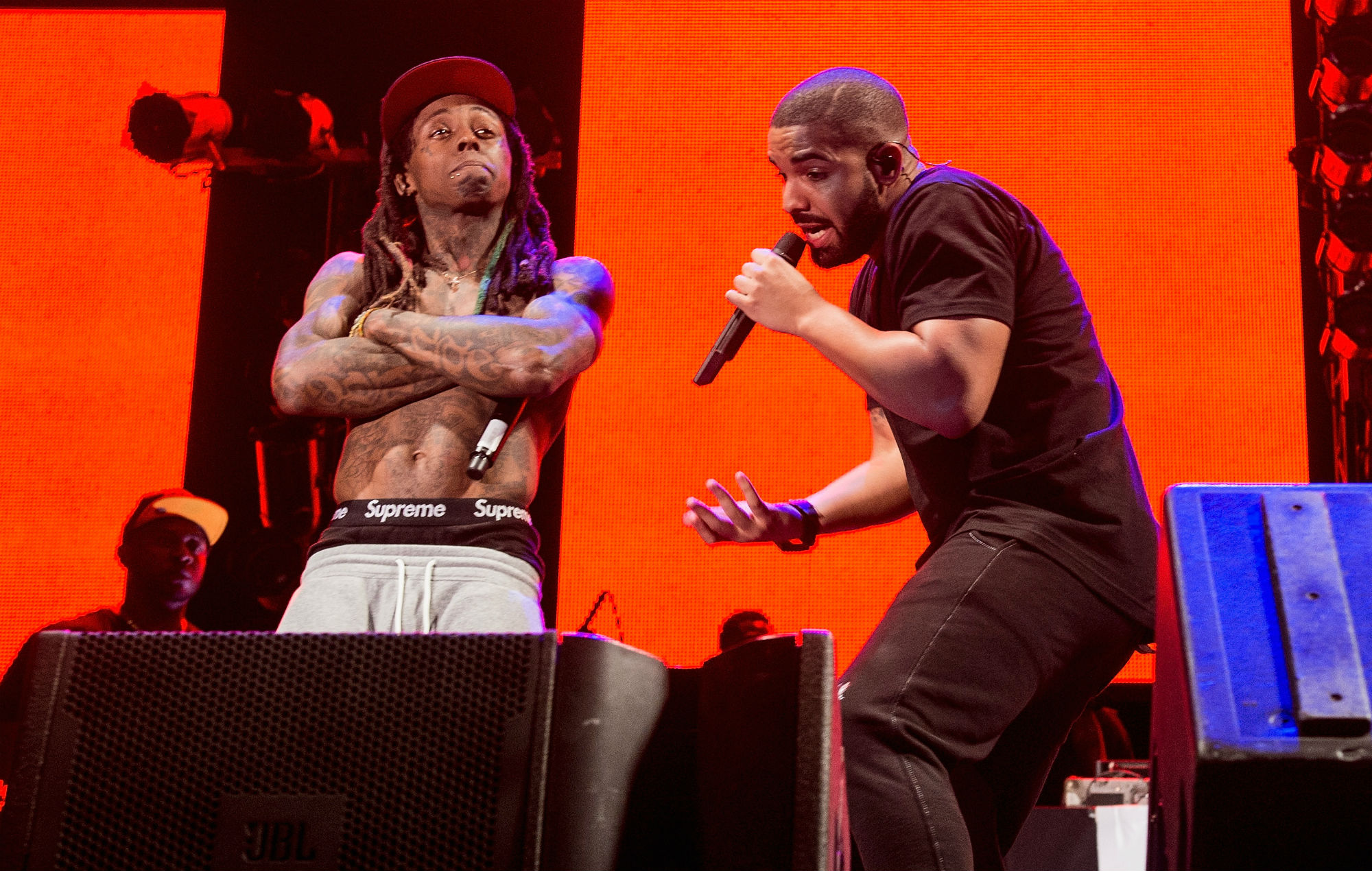 Drake and Lil Wayne went at it on their joint summer tour in 2014, long before Swizz Beatz and Timbaland teamed up to develop the Verzuz platform, which pits rappers, vocalists, groups, and producers against each other in a 20-song battle.

Drake took a break from putting the finishing touches on Certified Lover Boy on Thursday (July 15) to treat fans with a little of nostalgia through his Instagram Story. Fans can glimpse a pair of the incredibly rare Air Jordan 3 PE “Drake vs. Lil Wayne” colorway in the photo he uploaded. The top is made entirely of white leather, with touches of orange and yellow on the sock liner and laces.

The shoe was created to help promote the Drake vs. Lil Wayne Tour and was never made available to the general public, making them extremely difficult to come by. The sneaker also comes in a black hue, which is equally as unusual as the white version.

Drake said in his Instagram Story, “Before any Verzuz…Drake vs Wayne Jordan 3’s,” showcasing one of the size 12 sneakers autographed by Lil Wayne.

@Drake with the ‘Drake vs. Lil Wayne Tour’ flex pic.twitter.com/nTZEwnoK6k

Drake vs. Lil Wayne was the first tour of its type. Weezy and the 6 God competed in a song battle based on the popular fighting game Street Fighter to see who was the “best rapper in the world.” In an app built particularly for the tour, fans who attended the show were able to participate and vote on who would win.

Although Drake won the ultimate fight 14-10, the tour was one of the most successful joint tours in history, and both artists were victorious. Drake and Wayne have discussed having a second collaborative tour, according to Cortez Bryant, but nothing has come to light yet.