Device Trax “Pour It Out” Single

Device Trax “Pour It Out” Single

Trax, who is both recognized and respected for his gritty lyrics and skilled production, delivers a track brimming with knocking bass and classic boom bap mixed with innovative tones.

The ‘profit speaks’ about his moves in the industry as an emcee. He mentions being inspired from the dopest and the wackest; taking it all in. He’s below the ground mastering, filling his canvas, and pouring it out on the beat.

The lyrical powerhouse delivers pure earmilk with quick-witted punchlines. His sinister laugh and abyss like voice leave other rappers scattered on the sideline.  Stream “Pour It Out” above. 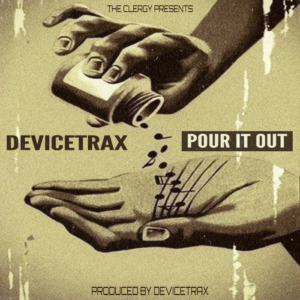