BLUEFACE REACTS TO THE BOUNCER ATTACK WITH THE QUOTE “SCARFACE” 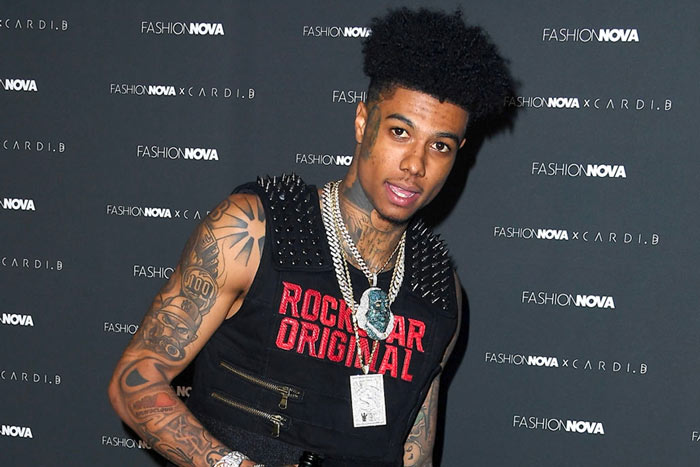 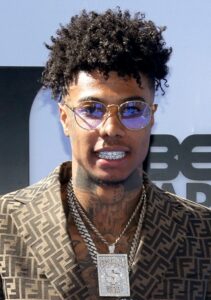 Blueface has spoken out for the first time since video of him and his posse assaulting a bouncer at Skinny’s Lounge in the San Fernando Valley surfaced.

Blueface was reportedly questioned for identification to enter into the club on Sunday night (September 12), which led to the altercation. Blueface allegedly claimed to be a renowned rapper and even Googled himself to prove it, but he was denied entrance, according to witnesses. This is when he and his pals assaulted the bouncer, punching him in the face numerous times and kicking him on the ground.

Blueface replied to the event on Instagram on Tuesday (September 14) by paraphrasing Tony Montana from the iconic 1983 film Scarface.

“You need people like me to point the finger at an say that’s the bad guy – Scarface,” he wrote.

The event was initially reported on Monday (September 13), and video was released the next day.

According to law enforcement sources, the bouncer needed to be transported to the hospital by ambulance and treated for bruises/scratches that required stitches just after midnight. The incident is being investigated as a battery case by police.

A surveillance camera captured the whole altercation, with Blueface checking to see whether the victim was still awake before fleeing the scene.

Blueface defeated TikTok sensation Kane Trujillo in a legal bare-knuckle battle in July. Following the victory, he summoned 6ix9ine to the ring.

“I would love to whoop 6ix9ine’s ass, for sure,” he said. “Fuck the height difference, we weigh about the same. So let’s set it up, if not him, then someone else in my weight class. I don’t see why [he wouldn’t agree to a fight], you know? He’s not doing much more than I am at this moment. It’s not like it’s more beneficial for me than him, and it’s not like it’s more beneficial for him than me.”

He added, “I don’t really care for the guy, honestly. It’s not like I have some sort of personal vendetta. I was minding my business and getting my little head tat and whatnot, he decided to comment and reflect on it. So this is the repercussion.”

BLUEFACE REACTS TO THE BOUNCER ATTACK WITH THE QUOTE “SCARFACE”