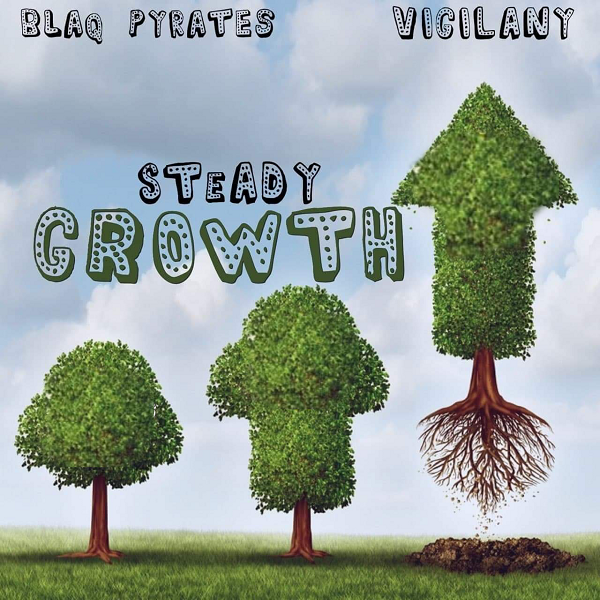 CORDELE, GA – One of the hottest street performing groups in the country has flown under the radar for the past few years, but with the launch of their new single “Steady Growth,” they’re set to launch into global recognition.

The group is known as Blaq Pyrates, and they have been performing in major cities all over the South and Mid-West for nearly two decades. Originally known as the Trapville Pyrates, the group has won multiple awards over the years and have performed in some of the country’s most famous venues. In 2016, they were the winners of the Sony Music Distribution Competition Tour, followed by winning three Independent Tone Awards in 2017 including Artist of the Year in both the Pop and R&B/Soul categories as well as Band of the Year in the Alternative Rock category. They also won Hip Hop/Soul Group of the Year in 2018 for their single “Problems.” Their success gave them opportunities to perform in places such as WME Music Hall in Louisville, Kentucky, Liquid Lounge in Atlanta, Georgia, Daiquiri Lounge in New Orleans, Louisiana, and the South By Southwest Mansion Party in Austin, Texas, among others. Blaq Pyrates also appeared on the Legendary Khujo Goodie’s album ‘Feed The Lions’ Volume One.

The group has fluctuated from as many as six members at one point to its current lineup of four artists. It was founded by Ali “Obawale” Rahman in 2003. Joining him were his two brothers, Amin “Obayemi” Rahman and Karim “Obatunji” Rothwell. The three performed under the stage names Fetty Cash, Rasta Rudd, and Marty MacFly, respectively. Their cousin Hayward Hollingsworth, AKA Koolgi Kid, joined them as well. They changed their name to Blaq Pyrates in 2007, choosing to adopt the acronym that stands for “Brothers Linked Amongst Qualifications, Protect Your Riches Alias Through Extreme Status” and have since performed under this name.  In 2009, Koolgi Kid left the Pyrates to start another group & was replaced by neighborhood friend, Michael Childs, named Nephew Shawty. In 2010, Jeffrey Alexander, named Jonny Papez, was added to the group’s roster but would later leave in 2018 to pursue other ventures. In 2015, Kendale Gibson, named York ILL, became the last member to join the group creating the group’s current four member lineup as follows: Rudd, York, MacFly, and Nephew. In the fall of 2017, the group incorporated their own independent record label Blaq Pyrate Nation, LLC naming Fetty Cash as the CEO. Unfortunately, in the fall of that same year, Fetty Cash lost his life in the streets of Cordele due to gun violence. Since his untimely death, the group has created a fashion line as a tribute to their CEO and lost member, called Zódoq Mebenki™, named after Fetty’s alter ego “Zodoq Banks”.

Their steady rise to superstardom over the past three years has brought them to July 2020 and the release of their new single “Steady Growth,” which features independent artist Vigilany of New World Renaissance. The music video for the song was filmed in New York City’s Times Square approximately one month before the devastating COVID-19 outbreak.

“It’s a song with a classic Hip Hop beat and Trap undertones,” said Marty MacFly. “We consider ourselves a Hip Hop and Soul group, but this song has a little more hype and energetic feel to it. It definitely will, for sure, get you inspired. It’s the perfect song to showcase our progressive growth over time. It encompasses what we’re about and what we’ve been doing. The video with different shots throughout Times Square will definitely give people that feeling of energy and success.”

MacFly said the group is excited to see what the next decade will bring for them. As soon as it’s safe to do so, Blaq Pyrates will begin performing publicly again, and he promises that fans can expect more of the excellent sound they’ve been known for across the years while also bringing new energy and styles to the table.

“Our music is about pushing business, entrepreneurship, independent wealth, and the American value system of hard work and dedication,” MacFly said. “We have a new age type of sound with old school concepts. When you listen to us, you’re gonna hear something that sounds completely different than what’s out there, and you know when you see us — it’s going to be unique and eye-catching.”

To listen to Blaq Pyrates’ music or to follow them on social media, please visit: