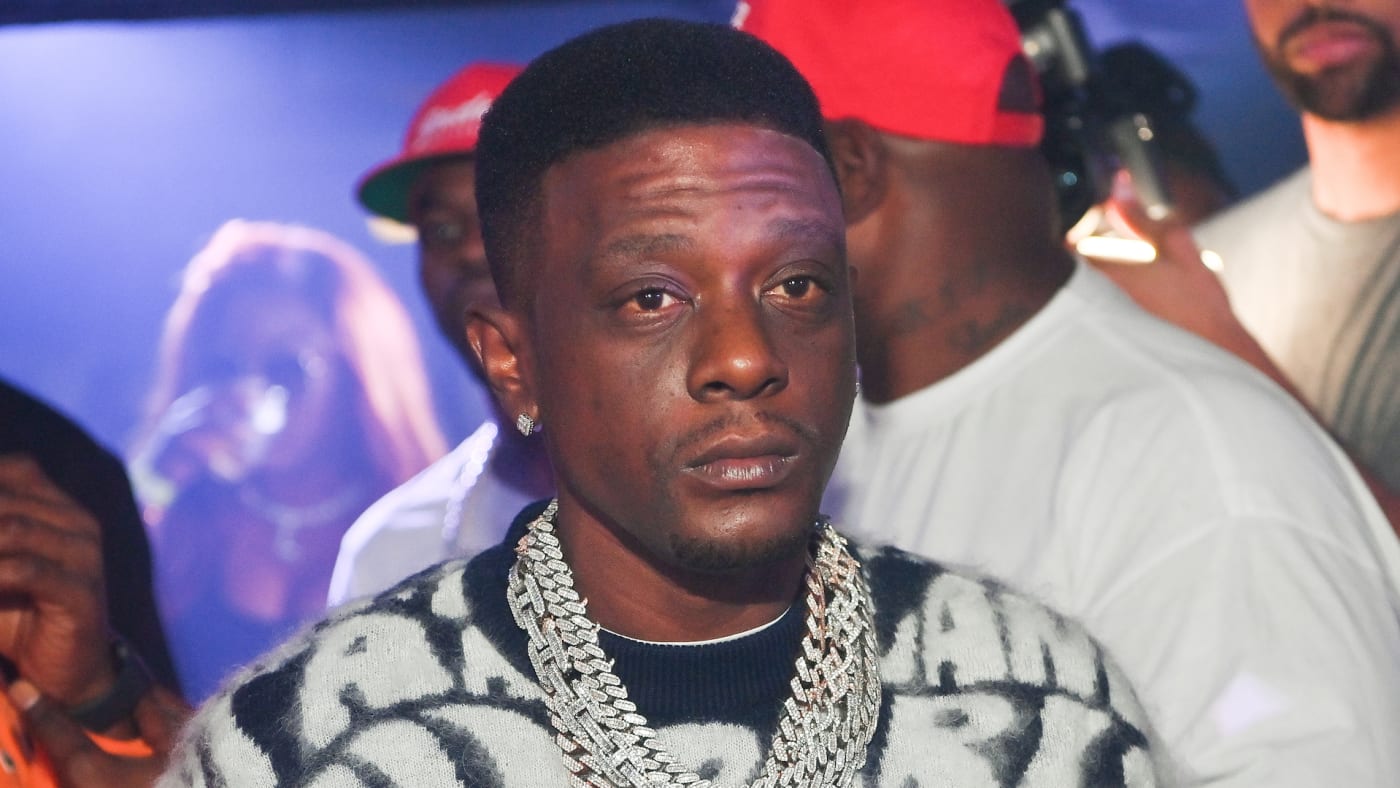 “Dinner with JAY-Z or $500K?” is a subject that has sparked heated conversations on social media, with fans debating the advantages of pocketing half a million bucks over picking the brain of Hip Hop’s first millionaire.

Another rapper has found himself in the middle of a “dinner or money” discussion, but this time it’s not a hypothetical situation.

On December 8, Boosie Badazz asked his 1.1 million Twitter followers, “I GOT A QUESTION FOR YALL LET SEE WHO SMART. DINNER WITH BOOSIE OR 20 THOUSAND? #boosiequestions.”

One of Boosie’s fans, Lon6z, an aspiring rapper from Dayton, Ohio, responded to his tweet by accepting his dinner invitation. “Fuck 20k!. What’s for dinner i’m otw,” he said.

HOW IT STARTED HOW ITS GOING pic.twitter.com/dF37eeqIrd

Later, Lon6z, whose true name is Allante DeBrill and who lives in Los Angeles, slipped into Boosie’s DMs in the hopes of arranging up the meal. Despite Boosie’s amazement (“U SURE U DON’T WANT $20,000?”), the “Wipe Me Down” vowed to fly him out to his house.

Boosie fulfilled his promise, and Lon6z found himself across the table from Boosie Badazz on Tuesday (December 21). DeBrill got more than just advise from the Baton Rouge great; he also got a guest verse and a music video with him.

“Worth every penny,” Lon6z tweeted, accompanied by a video clip.

The collaboration is titled “Run It Up 2.0 (Boosie Alpha Initiation)” and features a verse by Boosie Badazz. It is a remix of Lon6z’s 2020 hit “Run It Up.”

“All I know is run it up and get the bag/Hunnid after hunnid in my Louis bag/Shit hanging out my pocket I don’t give a damn/Wish a n-gga would, on the hood he getting slammed,” he raps.

Boosie fails an Alpha Phi Alpha initiation before grabbing one of the fraternity’s letterman jackets on his way out in the video’s final scene.

The 39-year-old rapper made headlines earlier this month when he appeared in a video wearing an Alpha Phi Alpha line jacket. Fraternity jackets are traditionally reserved for members exclusively.

Boosie Badazz’s hopes of joining a collegiate fraternity may possibly come true, as he just revealed his plans to attend Jackson State University in Mississippi in 2022.

“I wanna feel normal. I missed that part of my life,” he said. “So I wanna enroll and try and walk down that thang and go to class and try my brain. ‘Cause I still have matter up there that needs to be explored.”

Having saying that, Lon6z still believes Boosie Badazz gave him a lot of advice over their meal. “Ain’t gon lie, knowledge was worth 100,” he tweeted to a fan, adding that Boosie had given him “crazy gems.”