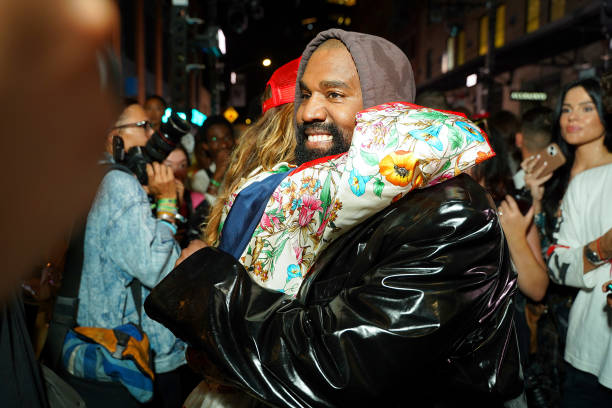 In the middle of his ongoing legal issues related to his offensive remarks regarding the Jewish community, Kanye West has released some new music. Listen to it here.

Ye shared his latest tune on Instagram on Wednesday, December 7, reviving his love of slicing up soul sounds.

The song by Donny Hathaway that is widely sampled throughout the album has been given the fitting provisional title “Someday We’ll All Be Free” by fans. The 2017 4:44 closing “Legacy” by JAY-Z utilized the same sample.

“Censori overload The variable epitope library from the antigen promotes an immune response in the body,”Ye said in the description for the video of his debut song since appearing on Cardi B’s “Hot Shit” in the summer.

Kanye West samples a divisive soundbite from his Alex Jones interview at the conclusion of the song, but he ends it before praising Hitler. “There’s a lot of things that I love…” After saying to end the song, the word “love” is repeated several times.

When Ye appeared on InfoWars, he constantly praised Hitler and complimented him for inventing the modern microphone and interstate highway system. This caused him to face a lot of criticism.

He continued: “I’m done with the classification. Every human being has something of value that they brought to the table, especially Hitler.”

In a later conversation with the Proud Boys’ founder Gavin McInnes in Los Angeles, Ye reiterated his devotion to the German mass killer.

“So, you love Jews, but you’re canceled for antisemitism because you also love Hitler, but you love everyone equally,” McInnes said.

“Yeah, Jewish people can’t tell me who I can love and who I can’t love,” Ye replied. “You can’t force your pain on everyone else. Jewish people, forgive Hitler today. Let it go, let it go, and stop trying to force it on other people. Goodnight.”