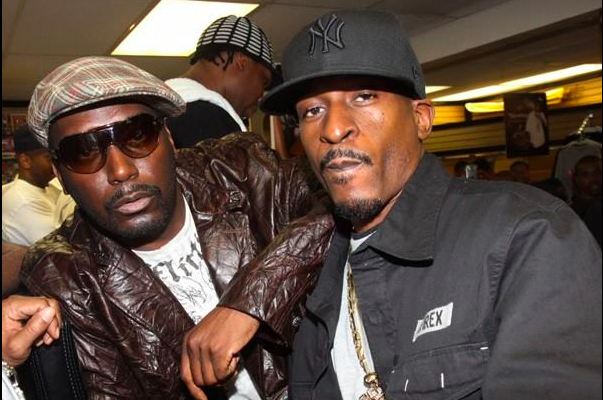 Both Rakim and Big Daddy Kane are Hip Hop icons in their own way, revered as masters of their genre for decades.

Kane, who rose to prominence with The Juice Crew in the late 1980s, has been immortalized in Hip Hop history owing to albums like Long Live The Kane in 1988 and It’s A Big Daddy Thing in 1989.

Rakim, meanwhile, is known as the “God MC” for his otherworldly rhyming abilities and is revered for classic Eric B. & Rakim tunes like “Paid In Full,” “I Know You Got Soul,” and “Don’t Sweat The Technique.”

Rakim and Big Daddy Kane will perform at the WPA Juneteenth & Black Music Festival in Pittsburgh, Pennsylvania, on Saturday (June 19), also known as Juneteenth, a festival commemorating the liberation of individuals who had been enslaved in the United States.

The event will certainly evoke memories when both MCs perform their unique masterpieces as part of a three-day lineup.

Rakim has spent his entire life studying Hip Hop culture. He revealed why he listens to newer musicians in an interview with The Chron last month.

Big Daddy Kane, who was recently featured in MC Serch’s new podcast Did I Ever Tell You The One About, is now filming a new documentary called Paragraphs I Manifest, which will include JAY-Z and others. On June 5, the two Hip Hop heavyweights teamed together to record one of the documentary’s last interviews, and Kane subsequently posted a pic of them both on set.

The WPA Juneteenth & Black Music Festival will take place at Point State Park on June 18, 19, and 20 and will feature not only Rakim and Big Daddy Kane, but also The Ohio Players, Raheem Devaugh, and others.