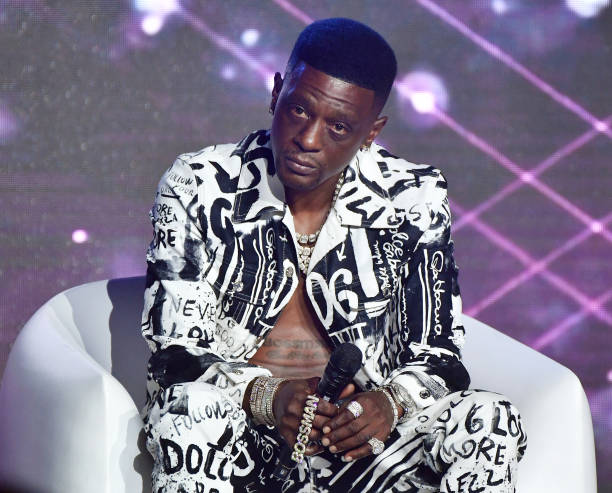 It’s best to avoid tampering with Boosie Badazz and his group, especially when pulling racial pranks.

The Baton Rouge rapper was being pranked by YouTube prankster White Dolemite as he was out shopping with family members, including three men, a lady, and two young children, in a video that was published to his channel on Monday (November 21).

At the video, Dolemite, who is disguised as a white redneck, confronts Boosie and his friends in a grocery store and requests that they give him a box of mac & cheese off the shelf behind them, calling him “boy.”

A phrase with deep-seated racial implications, “boy” was traditionally used by white people to disparage Black males both during and after enslavement.

When Boosie hears the word “boy,” he starts to grab for the mac & cheese but stops abruptly. Unaware that he is recording a joke, two of the young men who are with him suddenly stand up and confront Dolemite.

“Who you talking to like that?” one of them asks, while Boosie — still wearing a perplexed look on his face — warns: “Man, I’ll beat yo muthafucking ass.”

The video then cuts out after one of Boosie’s crew members sucker punches White Dolemite in the face. “Boosie the rapper entourage did not like the BOY #prank [crying fame emojis],” Dolemite put in the caption.

White Dolemite regularly provokes unpleasant exchanges with Black males by approaching them in public and shouting demands at them while referring to them as “boys.” With more than 50,000 subscribers on YouTube, he recently asserted that “Kanye West knows my Boy prank.”

Rapper Boosie Badazz is not the only one who has been the victim of online jokesters. Fetty Wap got into a violent argument with a TikTok celebrity earlier this year when the latter approached him on the beach and vowed to “beat [his] ass.”

The rapper from New Jersey almost caused the situation to worsen when he stood up in the prankster’s face and questioned him about his threat, admonishing him, “I don’t play like that.” But once the prankster apologized and shook Fetty’s hand, reason ultimately won out.

On the music front, Boosie Badazz recently revealed that he and fellow Southern rap legend T.I. are working on a collaborative album. The record will be backed by a reality TV show called Raw Ass Kids that will include both of their respective sons, Tootie Raww and King Harris.

Boosie asserted the record will be superior to Drake and 21 Savage’s Her Loss LP during a recent interview with Fat Joe. “I heard Drake and 21 album, it’s hard, but I don’t think it’s harder than our album,” he declared. “It’s Rubber Band Man and Badazz. This shit different.”