Shameless Plug is a student of hiphop. Born and raised in Brooklyn, he honed his skills. He began as a battle rapper but changed his direction towards becoming and artist and writing for others. Due to mismanagement, he fell out of love for hiphop and chose a behind the scenes role . He crafted his writing skills by working along side Smiff n Wessun, Innocent?, Sadat X, Hakim Green, late Sean Price, NItty Scott contributing his efforts hiphop records that were released independently and majorly. Currently he has formed a group with his Cnadian counterpart, DMystic, and formed a group called ParkBench . The duo is committed to making music from the heart and adding to the culture. Check out his latest solo effort, and expect much more from this BKlyn emcee! 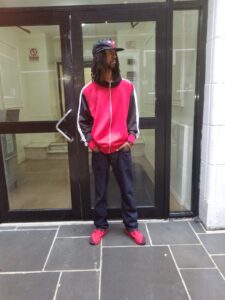