Lil Hypno formerly known as Mad Max is an American music artist. In a very short period of time he’s not only established himself as a national touring recording artist but someone with an eye for spotting great talent as well.

Creating a major buzz while still in school, it attracted the attention of Bentley Records. While most would simply be happy signing a major record deal, Mad Max wanted more, so as he released music, went on national tours, and sold countless records as well as gained a wealth of knowledge.

Now in 2021, he is the booking and touring manager for Bentley Records, has his own label Surfs Up Records, and a merchandise company named Max’s Merch LLC. His first signee Ayoo Kd is causing a major buzz with his new project ‘KD No Kevin Durant II’ which includes a record with Trippie Redd. For many, that would be enough but not Max, he decided to rename and rebrand himself as Lil Hypno with a new highly anticipated project coming this Spring! 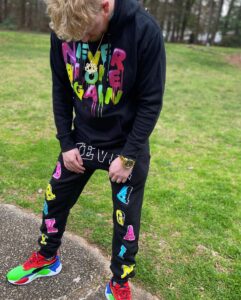 “As I learned everything I needed to know to be successful, I grew into Lil Hypno and from that moment I knew I could fly”.

The Iconic From budget to designer, The Iconic has millions of men’s and women’s fashion pieces available to shop. where to buy viagra in malaysia Find a huge variety of styles at all price points here.

(Video) Teenear – Love Me or Leave Me @Teenearr