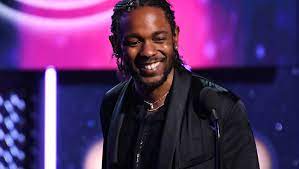 On Sunday, Kendrick Lamar (FINALLY!) released a new video and single for “The Heart Part 5”. (May 8). The secretive rapper announced the news on Twitter, elating his fans who have been patiently (or perhaps not so patiently) waiting for more K. Dot solo content for over five years.

While Kendrick’s hair has gotten longer and he is now in his mid-30s, his lyrical talent is as sharp as ever as he impersonates celebrities like Will Smith, Nipsey Hussle, Kanye West, OJ Simpson, Jussie Smollett, and Kobe Bryant. When he turns into Kanye West, he raps about bipolar disorder, murder when he becomes into Nip, and living in a “land where hurt people hurt more people” when he transforms into Smith.

The video opens with the statement “I am,” directed by Dave Free and Kendrick Lamar himself. “All Of Us.” It’s also the first single from Mr. Morale & The Hot Steppers, his upcoming album (and final for Top Dawg Entertainment). On Friday, the project is slated to arrive (May 13). In the meantime, enjoy the video below.