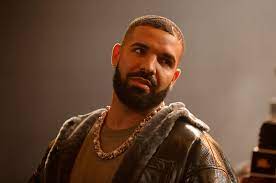 Drake is a master of social media because of his ability to make fun of himself in all the memes and gifs that are created. The Toronto rapper keeps an eye on social media updates to see what’s trending, and while doing so, he came across a really hilarious TikTok video that parodied his songs.

In the video, a man imitates the way Drake sings in Certified Lover Boy about the ladies in his life. The impression was accurate to the point where the 6 God watched the video and responded on his Instagram Story. Drake thought the video was really amusing and let everyone know.

With his upcoming song video, Drake could have another meme-worthy moment on the way. The social media dancer and rapper 2Rare joined the fun with his crew on Monday (June 27), as the Toronto megastar was out in Miami, Florida, filming the official music video for “Sticky” off his new album Honestly, Nevermind.

Drake participated in a dance off with 2Rare in web videos, imitating the young rapper’s signature movements. The rapper from “Jimmy Cooks” at one point began performing the “Blickin” dance as “Sticky” played in the background.

The release date of the music video is unknown, but the internet will be anticipating its arrival to create memes and gifs to post on social media.