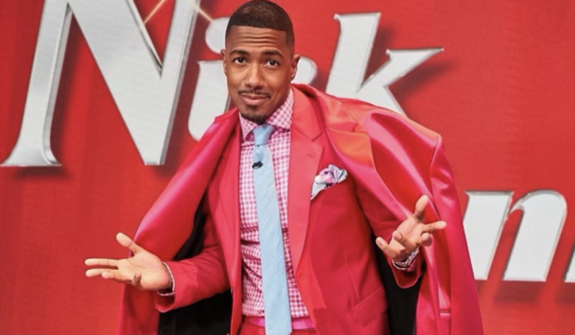 There will be enough children born to Nick Cannon to fill a basketball team, and it doesn’t seem like he plans to stop having children any time soon.

On Wednesday (October 26), Alyssa Scott made it known that she is carrying Cannon’s 12th kid. The model has a 4-year-old child from a previous relationship, and she and Cannon had a newborn boy called Zen last year.

Zen unfortunately died in December 2021 at the age of only five months.

While posting pictures of her growing baby bulge to Instagram, Scott commented, “Thank you for all the LOVE. Nick Cannon’s paternity was officially verified by Entertainment Tonight.

“She comes up to my belly multiple times a day and says ‘do you know I love you little baby?!’” Scott said in a second Instagram picture.

A tumor connected to brain cancer caused them to lose Zen, according to Nick Cannon and Alyssa Scott. The father of Wild ‘N Out said that three months before his passing, doctors found the malignancy when a fluid buildup inside his skull necessitated surgery.

“We were faithful and hopeful for that time. We carried on, he was still just playing with his brothers and sisters, I embraced every moment,” Cannon remarked at the time on his now-cancelled talk show. “[Scott’s] just the strongest woman I’ve ever seen.”

Nick Cannon has had a busy month after bringing his ninth and tenth children into the world in a two-week stretch to end September and year 41. Since then, it has come to light that babies 11 and 12 are on the way.

Zion and Zillion, Abby De La Rosa’s 1-year-old twins, are shared with Cannon, and the couple will have a new child in 2023.

Meet The Top Media Personality “Kayla Got The 411” @kaylagothe411