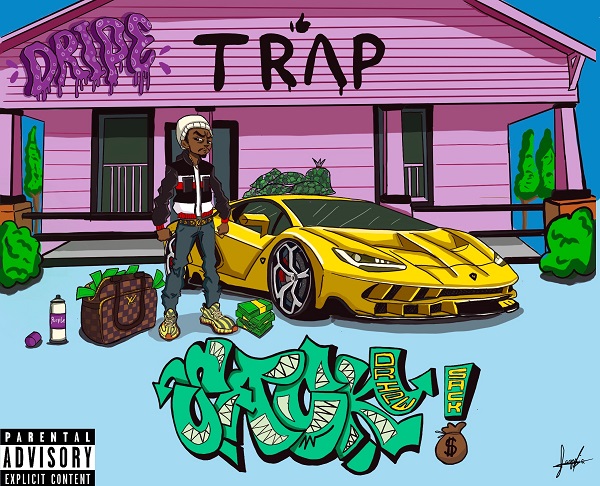 PRINCE GEORGE’S COUNTY, MD – A hot new Hip Hop duo from the esteemed Howard University is making a splash with their music in ways that are reverberating in all corners of the globe.

Known as 828, the fast-rising duo of GoldenPrince and DripE have found their tracks receiving high praises from people in the U.S. and abroad. Their first EP, “Drop Off,” was a bold introduction to a sound and style that has people sitting up and paying attention. And they’re set to follow up that success with their new album, “Check In.”

“It’s a project where we’re trying to target different types of audiences,” GoldenPrince said. “There’s songs with females on it. There are songs speaking about life and what we’ve been through. There are songs that people will be able to relate to. It’s different from our first project which we got a lot of good feedback from. We’ve been working extremely hard on the album – up at 5 a.m. working on songs even though we had class at 9 a.m. We were determined to complete this album, but we wanted to take our time and make sure we had quality over quantity.”

The project will include 12 songs that put 828’s signature sound on full display. From the beginning, the best friends have had a special connection. They first met at age 10 when they were on the same basketball team. Now that they go to the same college, they’ve expanded that bond to include a mutual pursuit of music. And that unique bond shines through their music. Listeners can immediately tell that there’s chemistry there, leading to excellence in sound, style, flow and production.

“We have more of a mainstream type of sound,” GoldenPrince said. “And it’s an international sound. We have people in Mexico and other places around the world listening to our music, so it’s not just for people in the U.S. We have different audiences all over, and that’s great because we just want to showcase our skills. We’re great storytellers but we also bring energy. We want to make you dance. We create different types of music – some to make you think and some to make you dance. This album showcases that. Every song is going to give you a different feel. That’s how we want to separate ourselves, with that different sound and experience.”

DripE added that the main impetus for the songs they create are whether or not it’s something they’d want to listen to at the end of the day. “We’re young and we go to parties and we like music,” he said. “We want to make music we’d like to hear at those parties. But we’re doing it with a different kind of vibe. We’re making music you can vibe to but also music you can relate to.”

The debut single from the album has already been released and is available across all streaming platforms. The song is “Sack” and takes an upbeat tone to convey 828’s story of coming up and making it in the music industry. DripE said it has more of a California vibe than a lot of their other songs, and definitely falls into the lane of the kind of song that will make people want to get up and dance.

“We have a lot of influences and have listened to a lot of different artists over the years, but we don’t want to be compared to anybody else,” GoldenPrince said. “We want to leave a legacy where 10 years from now you could look back and say that 828 is one of the best rap duos of all time. I believe we’re up next.”

To listen to 828’s music or to follow them on social media, please visit: