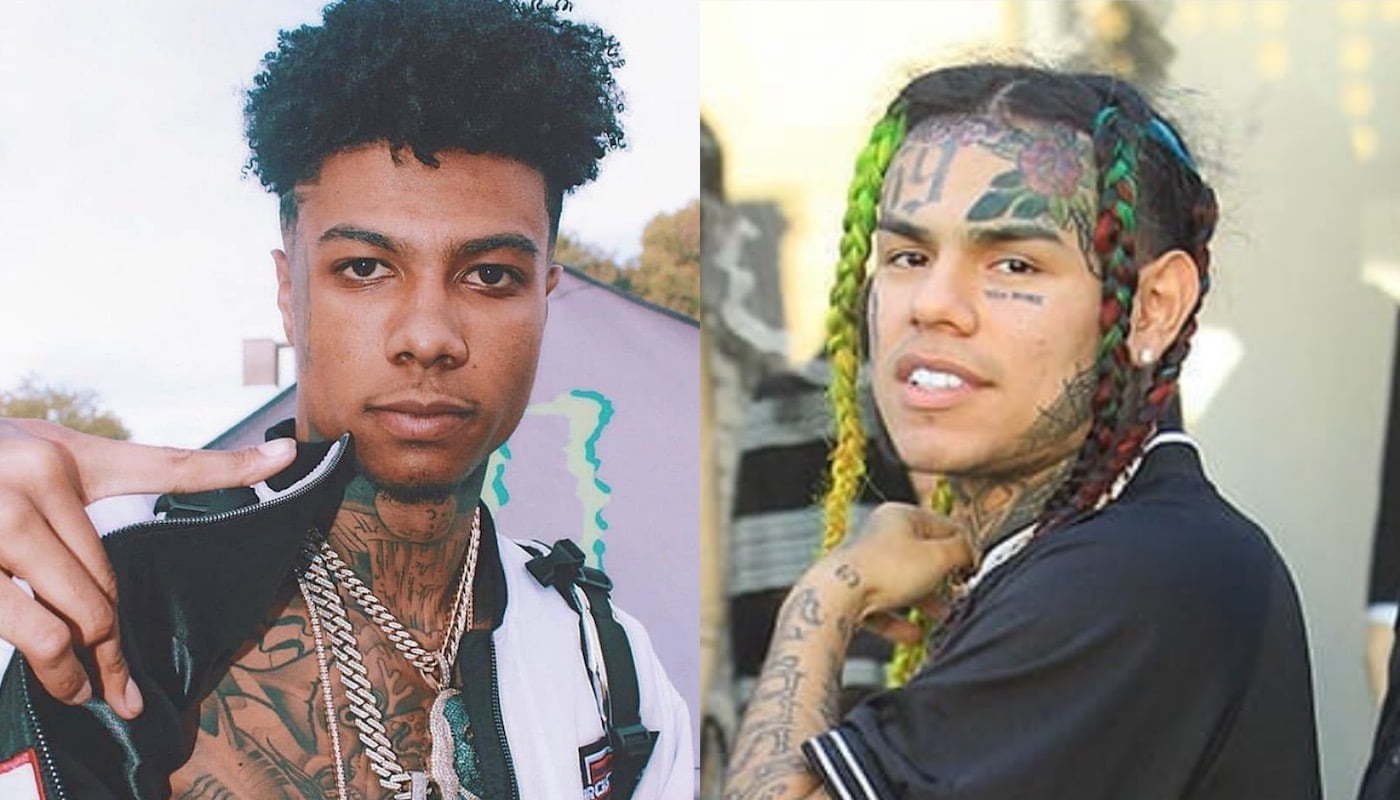 Over the weekend, Blueface and 6ix9ine traded jabs on social media, but this time, the Compton native made some fascinating claims against his current opponent.

On Sunday (July 11), the “Thotiana” rapper took to Twitter to accuse 6ix9ine of attempting to delete Blueface’s Instagram account using the same techniques that got him out of serving 47 years in jail.

“Pay close attention,” Blueface wrote. “He reported all my post for bullying and deleted his skit. Playing victim like he did in court. My IG be back up shortly.” He added in a follow-up post, “Mans came for me got his feelings hurt so he did what rats do an snitched.”

6ix9ine, who isn’t one to back down from an e-battle, replied quickly, “He should tattoo Instagram on his head they might give it back to him. They just told me,” a reference to the latest episode in their internet feud.

Blueface recently uploaded a video of himself getting his jeweler’s name tattooed on his head. 6ix9ine, on the other hand, said that he simply got the tattoo to pay off a debt with the jeweler. Blueface then dredged out recordings of 6ix9ine’s destitute father begging for money, his former jeweler demanding that he pay a $25,000 bill he owed, and footage of his daughter’s mother, Sara Molina, essentially labeling him a deadbeat dad.

6ix9ine posted an appeal on Akademiks page, saying, “Ak stop posting me with this [clown]. I know you’re cool with the fight people who setting up his fight and HOPE I will ever give this man a career. I have 23 million followers he has 0. I have a net worth of 10 million. He has 0. I have over 2 dozen platinum hits he has 1 song. You can’t compete where u don’t compare.”

The feud between Blueface and 6ix9ine began last month, when Blueface declared his intention to join the Bare Knuckle Fighting Championship. While mocking Blueface’s upcoming battle, 6ix9ine said he could beat Lil Durk in a boxing ring.

“The only time people talk about Blueface is when he’s not doing music, so I don’t know what the fuck you talking about,” he said to someone on the phone. “Like who the fuck is Blueface? Right now, I swear to my mom, I got $20,000 in my pocket I walk around with. He’s gonna pay $25,000 to fight. I walk around with the money he’s getting paid for. What the fuck you talkin’ bout?”