Minneapolis based artist Kj-Wita-Ak releases a new, out the realm single titled “No Cap.”

There’s no in the box classification for Kj-Wita-Ak and “No Cap” proves just that. Over swinging piano keys and bouncy tones, the outlandish artist delivers clever comedic punchlines, catchy enough to press repeat and act zany in the club. Stream “No Cap” and connect with Kj-Wita-Ak below. 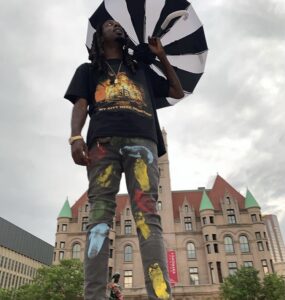 Minneapolis, Minnesota vocal artist Kj-Wita-Ak came into the game with his head held high and ready to bring a new sound to the world of rap. His music can be heard throughout Chicago and Atlanta along with performances from coast to coast. He claims his own genre and lane which is “woke trap rap”.